We are the main sponsor for SDI's new campaign: 50/50+ Women Direct. 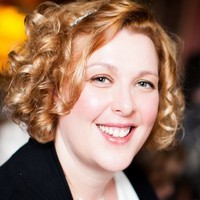 We are delighted to be the main sponsor for the Scottish Documentary Institute's latest campaign, 50/50+ Women Direct. The aim of the campaign is by 2025, 50% of Scotland's documentaries will be made by women. Why? Currently, only 16% of Scottish documentaries are filmed by women. Documentaries capture and are a record of society, culture and people. With so few female directors the story and our history will continue to be set in a male context.  As a result, many women’s voices will never be heard. Many stories never told. Many experiences never shared.

So why did we get involved? I know from my own personal experience and that of working with many female business owners that in business and in life women need to be more visible. I believe that to be it you need to see it and therefore in order for us to inspire the next generation of female entrepreneurs and employees, we need to capture and feature their stories and experiences. We still have relatively few high profile women in business even in 2019.

When we were initially approached by SDI my first thought was why directors? Why not women in film and media for example. The team at SDI explained that as a director you ultimately make the decision about what story that documentary is going to communicate. The context of it, the subject and the final edit. Therefore it’s a position of power and responsibility that can change our perception, beliefs and understanding of a person, culture and situation. By supporting the opportunity for more female directors it’s a powerful way to make more women visible both behind the camera as well as on camera.

As sponsors, we have created the campaign message in conjunction with SDI on which the campaign video is based. We have designed their logo, brand, marketing materials and website. We are supporting their social media and running a digital marketing campaign to spread the word. It’s exciting to be part of a campaign where the goal apart from raising donations is to change people’s perceptions and understanding of the power and social impact documentaries can have as well as the importance of us achieving gender equality in the industry.

You can find out more about the campaign and the plans they have to support female directors by visiting:  https://women.scottishdocinstitute.com/.

We’re always on the look out for talented people.

It may be boring but feel free to read them.